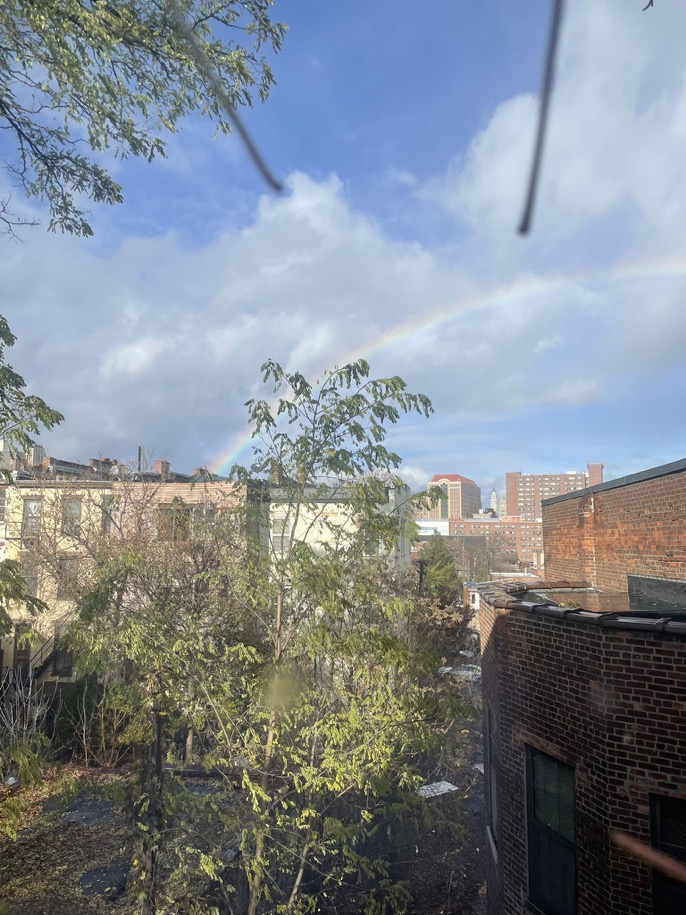 Be part of the neighborhood you are in

I moved to the capital region last winter. Straight out of college and tired of shared accommodation, I just wanted two things in an apartment; that I’m the only one living there and that it has a dishwasher. Two years of living in off-campus student accommodation — including one spent in the middle of a pandemic — had given me a painful need for privacy and a kitchen sink that wasn’t stuffed full of coffee mugs and cereal bowls.

After scouring the internet for weeks, I found it: an affordable, well-lit, one-bedroom apartment that contained a dishwasher and, most importantly, would be mine. An added bonus was that the apartment was centrally located. I had never been to Albany before and the map told me the building was located near Madison Avenue and South Pearl Street, the two main streets in town. The area was called the Mansion district.

“I wouldn’t live there,” a colleague said cautiously when I first told them where it was. I shrugged. I had already paid the deposit and signed a lease; there was no turning back now. I moved in a week later.

“Are you sure about that?” asked the friend who was helping me move. She glanced warily at a street memorial surrounded by deflated balloons and melted candles. “It looks tough here.”

After growing up in the Third World and spending two years in a college town, I was sure I could pull it off. I was used to the noise and between the low temperatures and my careful spending I barely got outside anyway. I moved in and started my life in what I would call the South End of Albany.

The neighborhood definitely had its drawbacks. Trash often littered the street in front of my building, and the sidewalks were cracked and unbalanced. The air always had a faint smell of cigarette and marijuana smoke and at times the clouds of smoke were thick enough to give a high touch. But this was my neighborhood now and I was determined to love my proverbial neighbor. It turned out that it wasn’t that difficult.

The South End has more than meets the eye. Although it may bring an automatic image to some minds, to me, it felt like a cross-section of the world, which, yes, came with issues associated with urban struggles. Many of my neighbors lived in public or assisted living, small houses that pretty much contained their families. Juggling a job and a home was tough, but people held on. With a pandemic, health care has become an expensive non-negotiable item, another thing that had to be budgeted for amid rising prices.

“We’re all doing our best here,” said a weary neighbor as I helped her with her grocery bags one evening. “There is no one who does not work hard. It just gets difficult with everything.

As the months passed, the snow melted, the days got longer, and more and more people came outside. I saw the strong bond my neighbors shared, something that I, an employee who mostly worked from home, learned to earn my place.

I saw people cleaning out and restocking community refrigerators so those who couldn’t afford to buy groceries wouldn’t go hungry. I saw the man who ran the bodega give one of his customers a lecture on sobriety by selling him a can of soda. I’ve seen neighbors who didn’t have much to spare help a neighbor when they were short on dollars.

At the busy and lively African American Cultural Center’s Juneteenth Block Party, I saw people working tirelessly to make sure all their neighbors could have a summer barbecue and ice cream, that whether or not they can afford it.

Of course, the neighborhood was not without its characters. There was the man who repeatedly called me “Pocahontas”, my explanation that I was not a Native American falling on deaf ears. There was Abdul at the bodega who made a point of asking why I “looked like shit” on my toughest days and there was Abuelita, whose name I don’t know, who asked me always hugged and kissed, chattering in a stream of Spanish as I offered a hesitant “Hola” and “Te amo.”

As the seasons changed and the leaves turned, I saw changes, especially inside my building. Initially, my rent went up. It was already too expensive, but when I learned of the upcoming increase, I knew I wouldn’t be renewing my lease.

The first person to move out was my neighbour, whose groceries I was transporting. Others moved soon after, with the number of familiar faces in the hallways dwindling every few weeks. Maintenance moved into their empty apartments, ripping out carpet, painting cabinets and replacing their kitchen appliances.

I also noticed new neighbors. It was hard not to notice that relatively well-to-do white people were moving into a building mostly populated by people of color like me. The cars on the street have also improved, better maintained newer models.

The changes were not limited to my own building. I’ve seen builders move into buildings that I once thought were abandoned or beyond repair. Soon I started getting ads for the same buildings, the interiors looking new and modern, quite different from the exteriors I had given a wide berth to only a few months ago.

My local bodega has started selling kombucha. When I asked Abdul behind the counter how an establishment that often had no milk now had a drink like kombucha on its shelves, he shrugged.

My own lease expired this week and while packing and leaving I toured the neighborhood. The South End accepts everything. But will everyone who lives there in the future return the sentiment?

You might not notice it, but SF’s Portola neighborhood has its biggest housing project in 50 years.