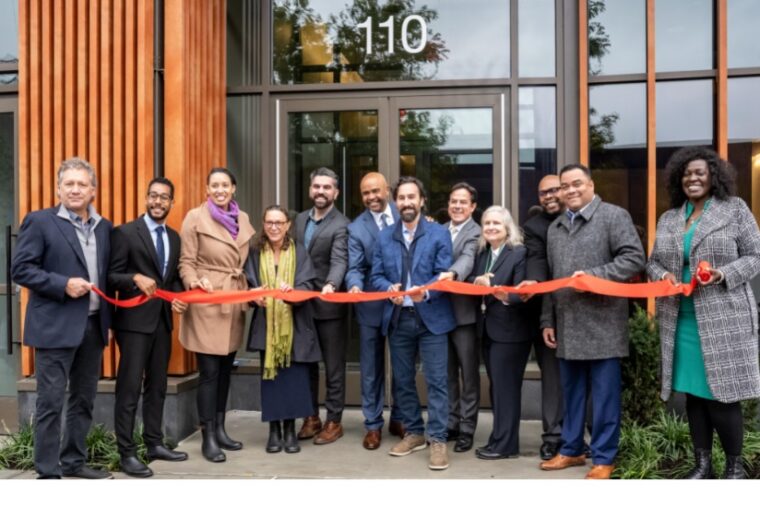 Kingsborough Community College President Dr. Claudia V. Schrader summed it up well, saying, “Today is a special day to celebrate. KCC unveiled its first satellite location on Tuesday, October 4 during a ribbon-cutting ceremony for Chestnut Commons, a 14-story building at 110 Dinsmore Place in East New York/Cypress Hills Brooklyn that will provide 275 permanently affordable housing units, a retail space and a community center. It is one of the first developments in the East New York Neighborhood Plan.

“Today is a special day for Kingsborough Community College as we will be occupying two classrooms and providing many residents of this community with the opportunity to enter the higher education pathway. Today we plant the CUNY flag in East New York / Cypress Hills. It is a flag that has been flying since 1847 with the creation of City College and with the belief that the education of free people is the hope of humanity. Thank you for giving me the opportunity to further the CUNY mission,” Schrader said in his address to a standing audience of elected officials, community residents, business owners and partners.

As the only community college in Brooklyn, this satellite location is an extension of the main Manhattan Beach campus.