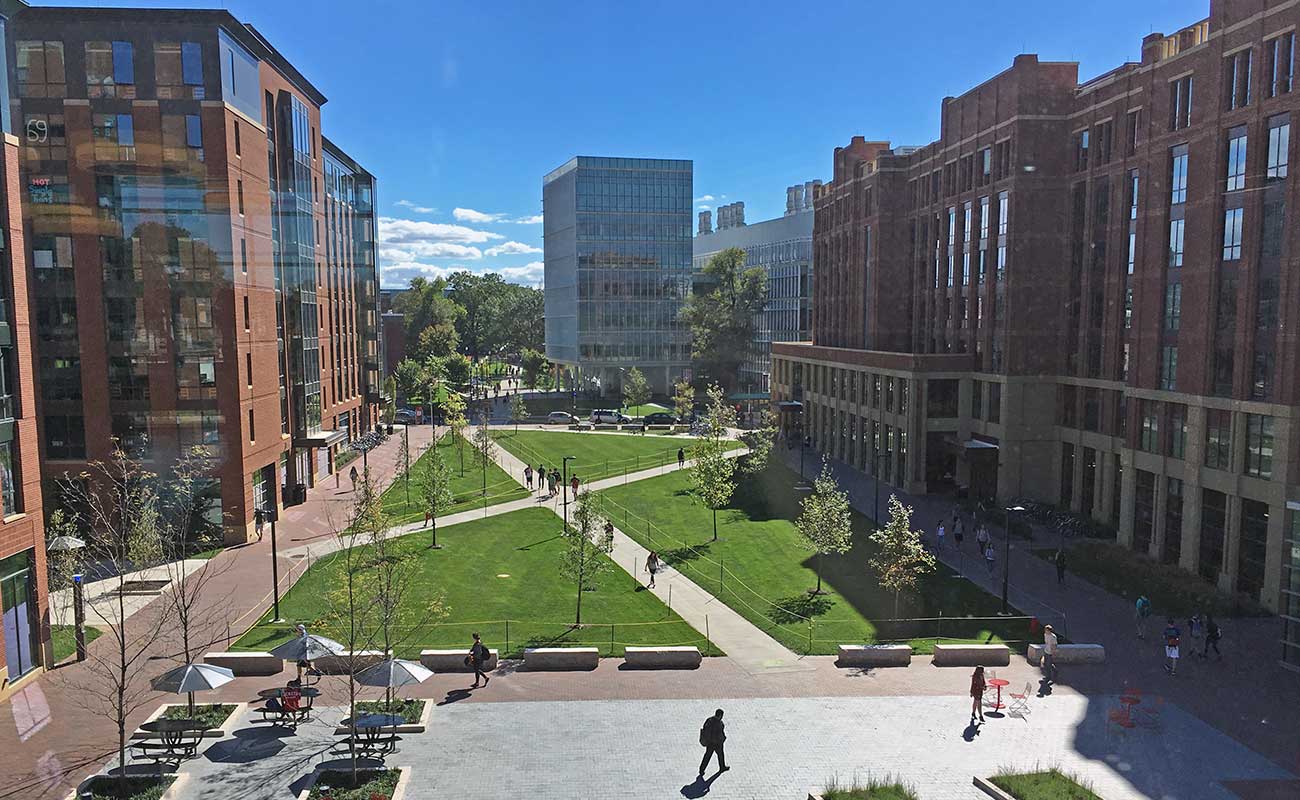 Students moved into the first new buildings in OSU’s North Residential District in the fall of 2015. Construction of the remaining buildings – all located west of the High Street between Lane and Woodruff Avenues – continued until just before moving in last August. This semester, the first in which sophomores must live on campus, marks the first time the new neighborhood has been used to its full capacity.

OSU Associate Vice President of Student Life Molly Calhoun recently gave a tour of the new neighborhood at Columbus Underground, including new dorms, the new North Recreation Center, a host of event spaces and studies, and the two-story cafeteria, which seats 920 people and is larger than any restaurant in central Ohio.

Calhoun highlighted the importance of outdoor space to the project, including the long brick path leading from High Street in the west to the heart of the district, following the route of what was once West Frambes Avenue.

The path ends at what has been dubbed Town Square, a large open space framed by the new three-storey leisure center and the new buildings Noskar House, Scott House and Blackburn House.

Space was created for the many large squares, courses and greens by demolishing a number of low-rise buildings. Twenty of the 22 large trees identified as “heritage trees” on the site have been saved and 225 new trees have been planted.

A rotating cast of student volunteers provided input early on in the planning process, which began in earnest in 2010.

“I tell new students that when you were in fifth grade, we were thinking about where you would live when you come to school,” Calhoun said.

Other highlights of the new district: