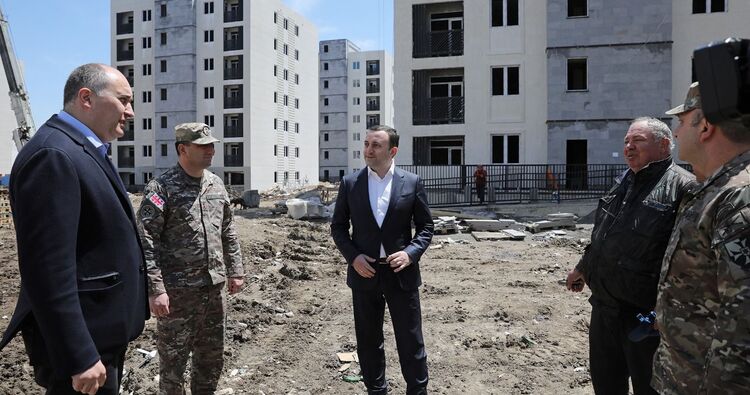 Georgian Prime Minister Irakli Garibashvili on Thursday inspected the ongoing construction of a residential area on the outskirts of Tbilisi, with the project designed for military personnel and their families and dubbed Army City.

Accompanied by Defense Minister Juansher Burchuladze to observe work on Makhata Mountain in the northern part of the city, Garibashvili said his government’s policy was to offer “the best” to the army, and promised that the projects supporting it would continue in the future.

Construction work on the district is expected to be completed by the end of 2022, with the construction of 39 seven-storey apartment buildings. The neighborhood will provide 1,092 apartments for service members and their families.

Military personnel will be able to purchase housing on preferential terms and with a 50% copayment, and benefit from interest-free internal payments instead of bank loans.

Instead of a private company, the construction is being carried out by a Ministry of Defense company, resulting in a “significant reduction” in costs for future owners of the apartments, the government administration said. The estimated cost per square meter of the apartments will be around $200, with service members paying around $100 for the cost.