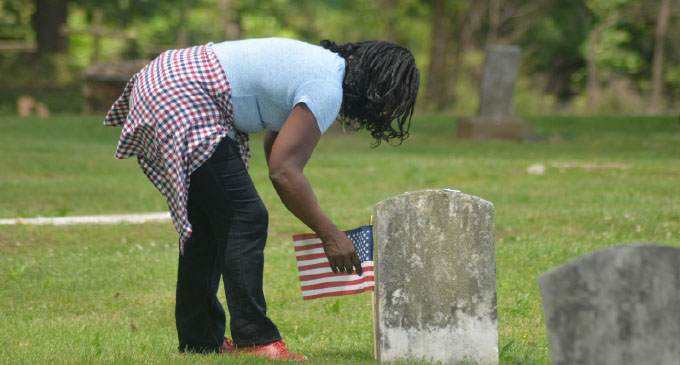 For over a decade, HARRY (Helping Advocate Research Respond for You) Veterans Community Outreach Services has marked Memorial Day with its annual Memorial Day Commemoration Ceremony. This year the event was held at Happy Hill Cemetery, where several World War I veterans are buried.

For more than 60 years, Happy Hill Cemetery was the final resting place for enslaved and free African Americans. Happy Hill is known as the “mother of all black neighborhoods” in Winston-Salem.

The oldest grave in the cemetery found to date is that of Jerry Swepson who was buried in 1901. The cemetery is said to have over 113 people buried there, including veterans like Joe Beck, who was a soldier in the army, Luther Hairston, who fought in World War I, and Charity Barber, who lived from 1856 to 1942.

Since 2008, HARRY has helped over 500 veterans secure employment, housing and more. In addition to the annual Memorial Day Picnic and Memorial Ceremony, HARRY also hosts giveaways on Veterans Day and other holidays, such as Christmas and Thanksgiving.

Neighborhood for military veterans, families of dead in Florida