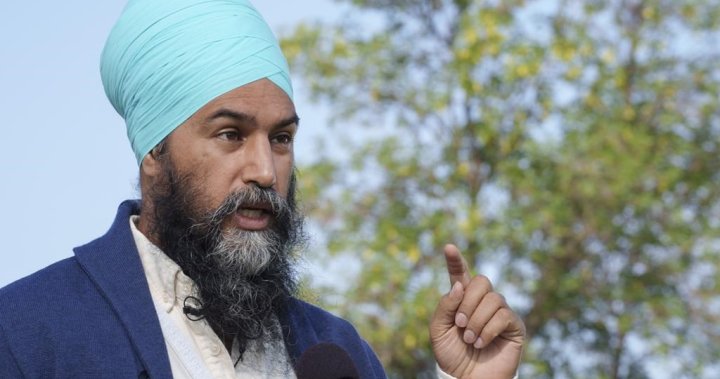 Jagmeet Singh was the third federal leader to campaign in Winnipeg this week, after stopping in the city on Thursday to speak in the riding of Winnipeg North and meet with Indigenous leaders at The Forks.

Singh highlighted the NDP’s plans for an urban housing strategy for Indigenous peoples and told 680 CJOB that the federal government must step in to help all Canadians secure housing.

â€œWe want to make sure that no one has to worry about finding a home that fits their budget,â€ he said.

â€œWe know that the housing crisis affects everyone, from all walks of lifeâ€¦ we know that people struggle with homelessness, that people have little or no income – everyone struggles with housing. .

â€œThis is a serious problem and we are committed to finding a solution.

Let’s get the big investors out of housing.

You work hard, you and your family deserve a home you can afford.

Justin Trudeau and Erin O’Toole will not face the big investors who are pushing up home prices.

I will fight for you. pic.twitter.com/pkDSbCrl3I

Singh said the federal government “has really stopped participating in housing” since the 1990s, which has resulted in the closure of a number of large co-op and not-for-profit housing projects due to lack of federal investment. , which he says he’d have to turn around with an NDP government.

Another priority, he said, is to look at the ongoing “revolution” around clean energy and make better investments to prepare the country for success for the future, which could include inter-provincial grids. .

“This is another place where the federal government can step in and provide the link between Manitoba and other provinces that do not have the same access,” Singh said.

â€œInstead of buying electricity, which Ontario often does in the United States, (Ontario) should get clean energy from Manitoba. So this can be an economic opportunity for Manitoba, and above all an opportunity to reduce our emissions.

When it comes to funding such ambitious projects, the NDP leader said his counterparts have traditionally focused on reducing aid from other sectors or putting the burden on Canadians.

His solution: a third aggressive option that forces the biggest polluters and the richest in Canada to pay their fair share.

â€œI think there are some big changes we can make. I think that’s a really good place to start: why don’t we make sure the biggest polluters pay their fair share? It seems like if you’re really powerful and really rich, and you’re a big businessâ€¦ you kind of get a free ride, whether it’s on pollution or paying your fair share.

“This change, I think, is the really seismic change that’s going to make a big difference.”