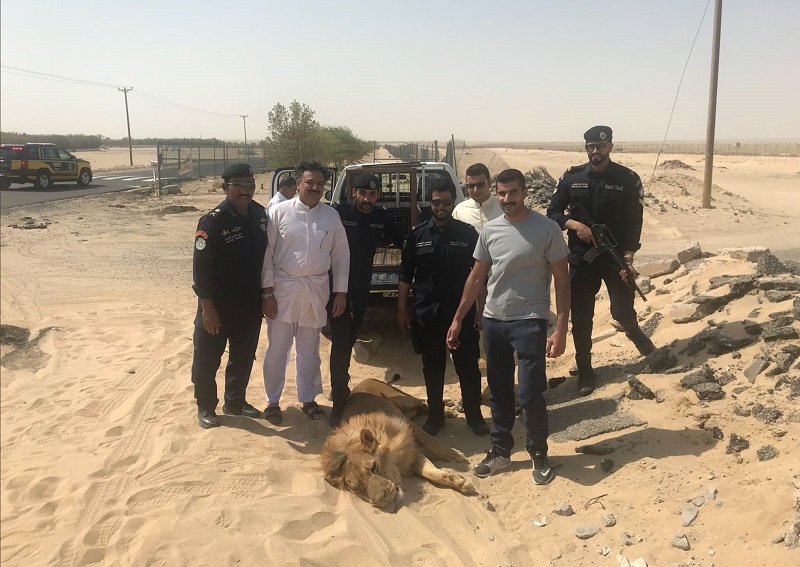 Kuwaiti security personnel on Wednesday caught a lion roaming a residential area in the country and returned the animal to the zoo, the official Kuwait News Agency (KUNA) reported.

The animal was captured in the Kabad region on Wednesday after a complaint was lodged with the Interior Ministry, an official said.

Members of the public security, environmental police and Al Najdah police rushed to where the lion was seen roaming freely.

The authorities reacted “quickly” and caught the lion in a “very short period of time,” Ali Al Gattan, deputy director general of the Kuwait Livestock Authority, said in a statement.

Al Qattan said the lion may have escaped from the owner who kept it as a pet.

The owner of the animal has not yet been identified, but efforts are underway to locate him with the support of the Home Office, he said.

Legal proceedings will be initiated against the owner because the law prohibits breeding wild animals in residential homes because they pose a threat to the safety of people, Al Gattan added.

Meanwhile, the Home Office also released a statement confirming that the lion – which appeared in a video clip on social media – has been captured and proceedings are underway to summon its owner.

Article 101 of the Environmental Protection Law and its amendments state that the maximum penalty for such cases is three years in prison or a fine of 50 KD ($ 165).

PM inspects the residential district of the new administrative capital

A new downtown commercial and residential district was forming, but its future is now uncertain | Money