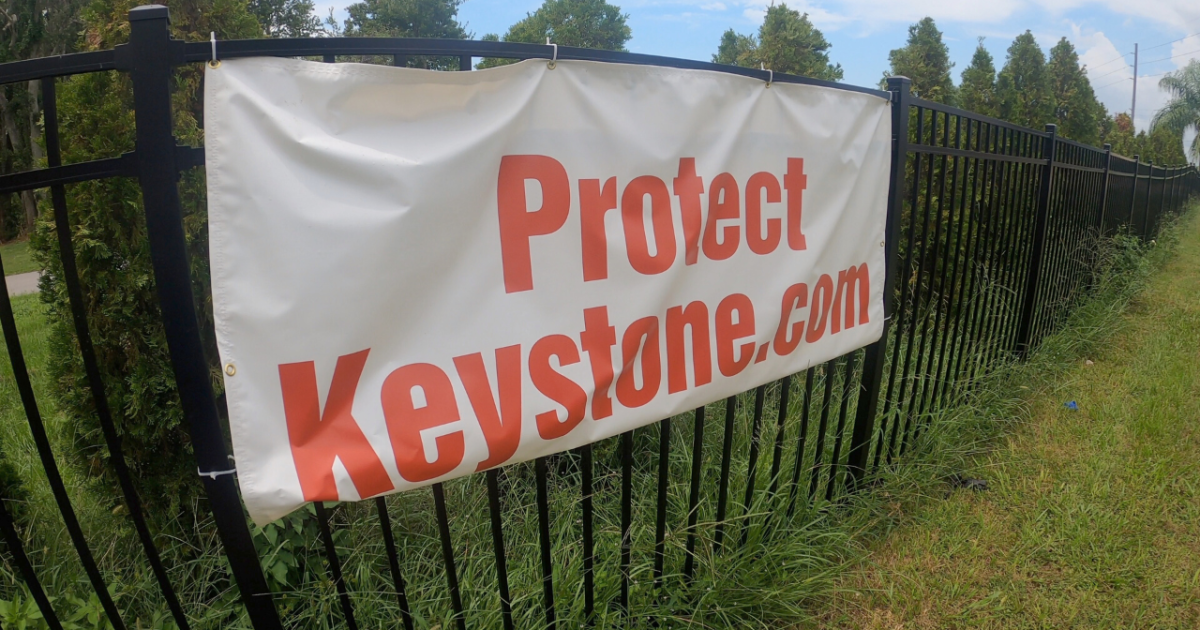 KEYSTONE, Fla. — Some Keystone residents are trying to halt construction on a new subdivision of nearly 200 homes.

“Some nights you cry. Some days we congratulate each other on small victories,” said Elizabeth White, who has been among those who have been battling for months.

White and his neighbors have started a group called Protect Keystone, and they say the development violates the community plan calling for one house per five acres.

“We want our fields open. We want our wildlife. We can’t stop people from moving here and building. But our Keystone community plan was absolutely one house per five acres. This attempts to limit sprawl. That’s what we want,” White said.

Developer Taylor-Morrison has plans for 94 homes on 209 acres off Patterson Road. They are clearing land to set up infrastructure for public services.

The county zoned the land for one house per acre in 1991. The Keystone-Odessa Community Plan was implemented ten years later.

“It’s quite outside here. That’s what we want here,” said Missy Nordbeck.

The new project is a short walk from where Nordbeck’s property is large enough to keep his two horses.

“They came here one day. No notice. No public hearings. No letters to residents to let them know what’s going on,” Nordbeck said.

The Protect Keystone group hoped Hillsborough County commissioners would issue a stop work order on Thursday, but they did not. Accept only that staff review all permits.

Taylor Morrison was fined and had to halt construction in April after the county said it illegally removed trees, but they were able to restart the project in May.

A group of residents even filed a lawsuit against the county to stop the project.

“At the end of the day, there’s a passion in the community that brings a lot of people together to fight. And we know we’re going to win,” White said.

Our neighborhood as it was – QNS.com