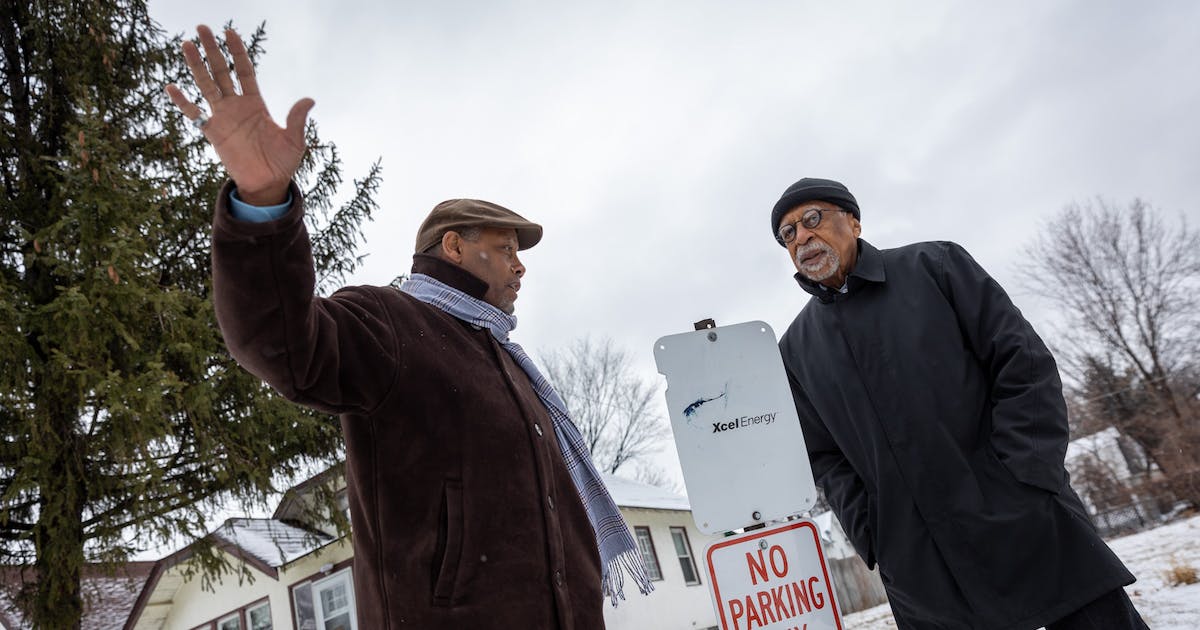 Marvin Roger Anderson was 8 years old when he first heard the question: “What are we going to do now?”

It’s what his parents, grandparents and friends kept asking in 1958 after learning that their St. Paul homes were in the path of a new Interstate Highway – I-94, crossing the city from east to west. They realized that the destruction of their beloved, historically black neighborhood was imminent.

This question – “What are we going to do now?” – still echoes in Anderson’s mind.

Nearly 75 years later, he thinks there might be an answer: the nonprofit organization ReConnect Rondo wants to create an “African-American cultural and business district” with a radical redesign of the bifurcated neighborhood. Its flagship project, the Rondo Land Bridge, would create a “bottleneck” on I-94 and reconnect the heart of the historic district. Ultimately, he hopes to reinstate Rondo as an official neighborhood.

The land bridge would span 21 acres, between Concordia Avenue (formerly Rondo Avenue) and St. Anthony Avenue, from Dale Street to Lexington Parkway. A master plan is still in the works, but the new community would likely include 350 to 1,400 housing units, 125,000 to 500,000 square feet of commercial and community space, and 30 to 70 percent open space.

The idea was prompted by an apology from the Minnesota Department of Transportation and then St. Paul Mayor Chris Coleman in 2015.

For Anderson and others, the apology gave hope that restoring his neighborhood was possible.

This month, the organization secured $1.5 million in federal funding to build a net-zero demonstration home to showcase one of the project’s pillars: environmental justice.

The multi-family building will showcase sustainable design best practices that could include solar-powered gardening, electric car charging ports, and net-zero heating and cooling systems and appliances.

Net-zero features might not be enough to overcome the environmental damage caused by I-94 traffic over the years. Studies show that people who live near highways suffer more from asthma, cardiovascular disease and lung problems. A study has shown that neighborhoods outlined in red are warmer than neighboring communities by up to 10 degrees.

“Everything should create a sense of fairness,” said Keith Baker, executive director of ReConnect Rondo, “so it may be necessary to be above average, not just neutral.”

This would apply not only to the environmental benefits shown in the demonstration house, but also to economic savings, he said.

The group hopes to launch a design contest to “incubate the best ideas and options” and then ask community members to help evaluate them, Baker said.

Like the larger ReConnect Rondo project, the group’s strategy is to plan ahead. So far, the House and Senate have allocated $6.2 million from President Joe Biden’s infrastructure program for pre-development of the project. The final price is expected to be around $458 million, according to ReConnect Rondo.

For Anderson, now 82, each step of the process quiets the echo in his head: “What are we going to do now?”

To make way for I-94, his family was forced out of his home and the dozen or so two-story apartment buildings his father had built in 1948. They eventually ended up in Maplewood, on land purchased by a black man who passed for white, says Anderson. The flats were loaded onto flatbed trucks and moved; four are still standing on the University of Minnesota’s St. Paul campus, he said.

Anderson went on to a successful career as an attorney and Minnesota state law librarian. In 1983, he co-founded the Rondo Days Festival, which attracts around 35,000 people each summer, and he chairs the Rondo Center of Diverse Expression. These projects help heal the wounds of his family’s displacement, he said.

“Those who aren’t there to remember will remember through us,” he said. “We do it for them in a way.”

This story comes from Sahan Diary, a nonprofit newsroom dedicated to covering Minnesota’s immigrants and communities of color. Subscribe to his free newsletter to receive stories in your inbox.

“I’m so happy to live here”