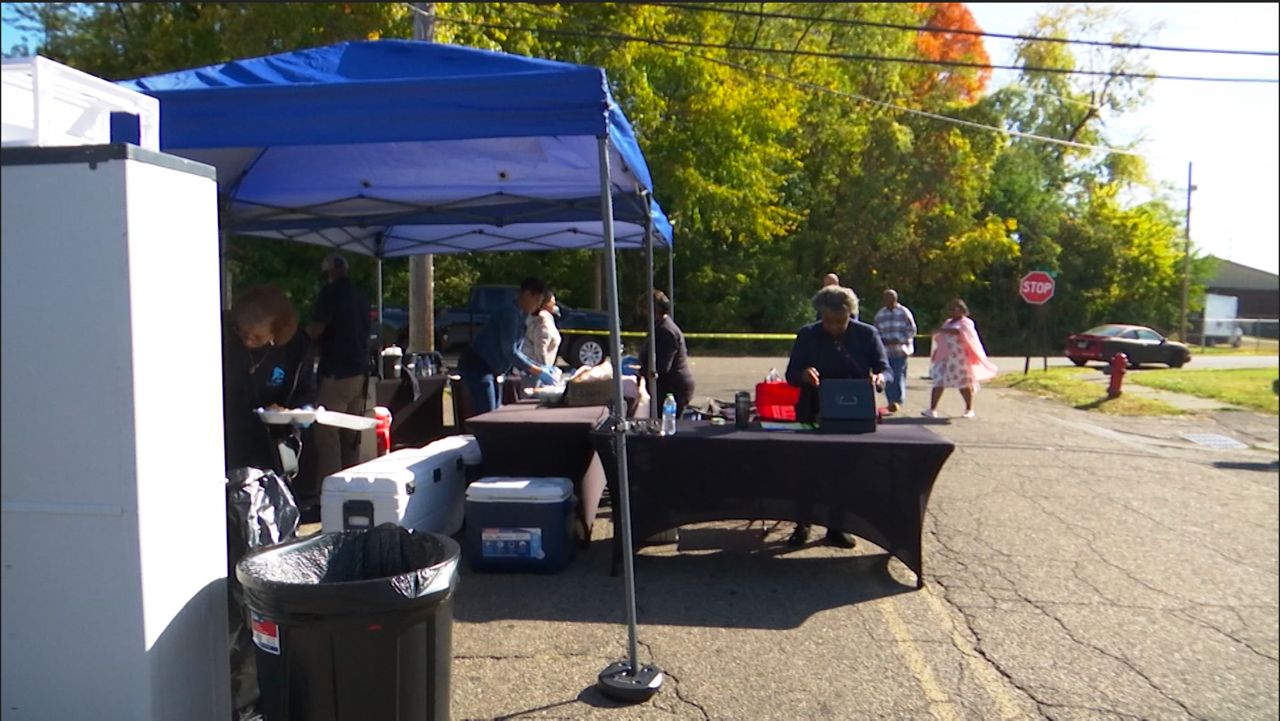 PORTSMOUTH, Ohio — For Saturday’s lunchtime rush, Mary Sanford and her family kept tickets moving and food at their stand outside Bannon Park.

She credits her nephew with the idea for the fundraiser. He brought his business, CJ’s Fish and Chicken, to the park and greeted guests as they passed.

What do you want to know

It was the first community-led fundraiser for Wings of Hope’s Our Peerless Park project, and as Sanford processed each ticket, she couldn’t help but smile. Each meal sold meant they were one step closer to building their dream park just around the corner from his house.

At the north end of Portsmouth, Bannon Park sits in a small green space next to a complex owned by the Portsmouth Metropolitan Housing Authority and just one block from Maxine Malone’s 14th St. Community Center.

“It’s very important not just to me but to this community that we can have a decent park,” Malone said.

Time and time again, Malone said his Wings of Hope staff at his center’s youth division have heard from children and families that the park needs updating. Equipment is old and not ADA accessible, space is limited, and worst of all, in Malone’s opinion, the park has a reputation for attracting criminal activity.

“This tree here, you see here is called the giving tree,” she said, pointing to a tree next to the basketball court. “This bountiful tree is where most people will come and if you stand there you can get your medicine.”

Malone hopes the Our Peerless Park project and his million dollar vision for the park will change all that and reclaim the park for children and the community.

“We want to change the connotation of the donation tree,” she said. “We want to give back to our community. Hope, life.”

Their proposal includes the construction of a new playground, the hillside expansion and the addition of an amphitheater. It’s an ambitious request, especially since the city has expressed concerns about the future management of its existing parks.

Malone said Wings of Hope reviews grants and county fundraising opportunities, but works primarily on independent fundraisers. By Saturday, the group had already raised over $10,000.

Wings of Hope isn’t the only group looking to take this community-building approach. In the neighborhood about half a mile away, another group is looking to make similar improvements to Mound Park.

Kevin MacDonald, president of the Hilltop Initiative, grew up not far from the park and has fond memories of the playground that once stood on its south side. Years of weathering and disrepair led to the playset being condemned and demolished last year.

“There was just no way to save him,” he said. “That’s why we want to create something that’s a little more accessible and can stand the test of time.”

MacDonald expects the plan to cost between $350,000 and $500,000, most of which the Hilltop Initiative plans to fundraise independently.

“We don’t want to put undue pressure on the city, so we can take care of it ourselves,” he said.

The group has already achieved their fundraising goal for the first stage, an archaeological survey to let them know where their playground can be placed on the historic grounds.

The City of Portsmouth is trying to get grants for another city park in Sciotoville through the Land Water Conservation Fund, but they can only apply for this funding once every two years. Mayor Sean Dunne said he was ready to work with these projects next year to see if they could qualify for help through a community development block grant.

Despite the tough fundraising work ahead, MacDonald believes these community investments are worth it for their neighborhood and the city as a whole.

“If we can make it a destination, people will come,” he said. “We want to make Portsmouth a beautiful and livable place.”

Will Consolidation Save Florida’s Insurance Market After Record…