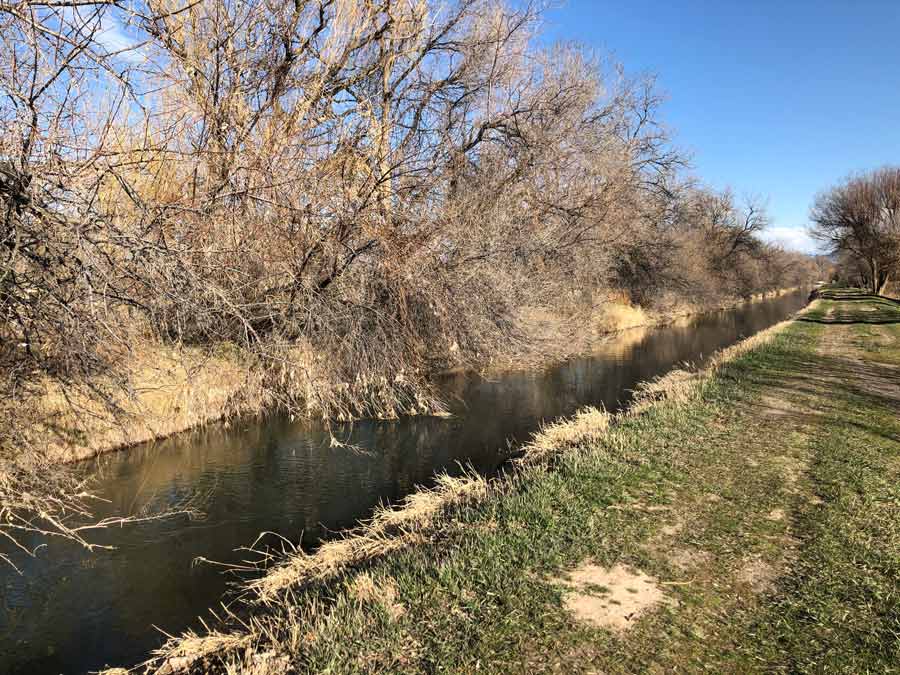 IDAHO FALLS – A nature trail and row of trees next to a canal are the pride and joy of an Idaho Falls community, and they fear a development could destroy it.

A paved bike path is planned on a one-mile-long section of the canal near Grove Lane off Sunnyside Road. The property is owned by the Idaho Canal Company and sits adjacent to 6 acres of land formerly occupied by the former Monarch Daycare, which was recently demolished to make way for a new subdivision over the next three years.

The trail should be constructed between the subdivision and a row of trees on the east side of the canal bank. Several improvements were discussed as part of the project, including the removal of the row of trees.

A nature trail on the other side of the canal is a popular spot where many people like to walk or cycle while swimming in the canal. Rick Hulse, a landlord in the neighborhood for more than 20 years, worries about what might happen if the trees are cut down.

“We have people who come and bring their dogs and bikes…because it’s so serene and calm. It takes you away from the hustle and bustle of the city and the traffic. The teenagers like to play in the canal every summer,” says Hulse. “Removing the trees and putting in a paved bike path will take it all away.”

Hulse isn’t the only one feeling this. Mike Griffin, another landowner in this area, says the trees are a natural wildlife habitat for wood ducks and other animals. Many people enjoy seeing wildlife while walking along the trail.

Griffin says removing the trees would destroy the habitat and the trail’s appeal. Laying out a paved path on the other side of the canal makes no sense, he says.

“You’re building a bridge to nowhere,” Griffin says. “There aren’t enough people to justify using this bike path in this neighborhood because people who already use the canal side like to use this side (along with the nature trail). Just because it’s paved doesn’t mean it’s going to attract more people.

Griffin says tree removal would also remove a natural barrier between the canal and the housing estate.

“We want to preserve the trees and not have a bike path there,” says Griffin.

Griffin and Hulse say they have tried to voice their concerns at city council meetings in the past, but authorities have not allowed it.

City spokesman Eric Grossarth provides some clarification, explaining that public feedback on the project was gathered in 2013 when the Idaho Canal Trail project was in the planning phase. The project aims to connect the communities of Idaho Falls, Ammon, Iona and Ucon to a network of bicycle and pedestrian paths. Several studies were conducted and community members were given the opportunity to weigh themselves.

Three community meetings were held, according to the city’s website, with at least 300 people attending each. Over 1,100 responses were collected through a survey and approximately 100 people responded online.

A year-long public planning process culminated with the approval of a comprehensive plan to connect pathways along the Greenbelt to other existing pathways parallel to the canal.

The city celebrated the completion of a three-mile stretch of paved trail last August that stretches from the Community Park and north to Garfield.

Now that the plan has been approved and parts of the project are already complete, Grossarth says the time for public comment has passed. As the owner, the canal company can develop the land as it wishes, he says, and the city has no authority to stop them.

“But that doesn’t mean we don’t care or that we’re unwilling to listen to people’s concerns,” Grossarth says.

The plan doesn’t provide details on a timeline for the project, but Grossarth says it’s unlikely to happen any time soon. The city currently has no funds allocated for the completion of the trail, he said.

But property owners in the area are confused about the courier because the canal company removed several trees at the northern end of the canal bank several months ago. Idaho Irrigation District Manager Richard Lockyear says the trees were cut down because “they are old and falling.” A plan is underway to remove them all along the canal, but it does not expect that to happen until the end of the water season.

Hulse says that in the 20 years he lived there, the canal company left the trees untouched and if it hadn’t been for the city’s bike project, there wouldn’t be any interest in removing them.

“I’m confused because the city obviously has a plan and they’re saying they’re not going to commit to that plan for a long time, but at the same time you see (the canal company) cutting down trees and putting up signs that say “no access,” says Hulse. “They could just show up and start chopping down trees and the residents here wouldn’t have any input.”

Hulse and Griffin don’t feel there was enough public participation and they would like to be able to discuss the plan further with city planners and offer alternatives.

“(We’d like to) look at ways to preserve as much as possible rather than ending up with a bare canal bank that’s just going to destroy the character of what we have there,” Hulse said.