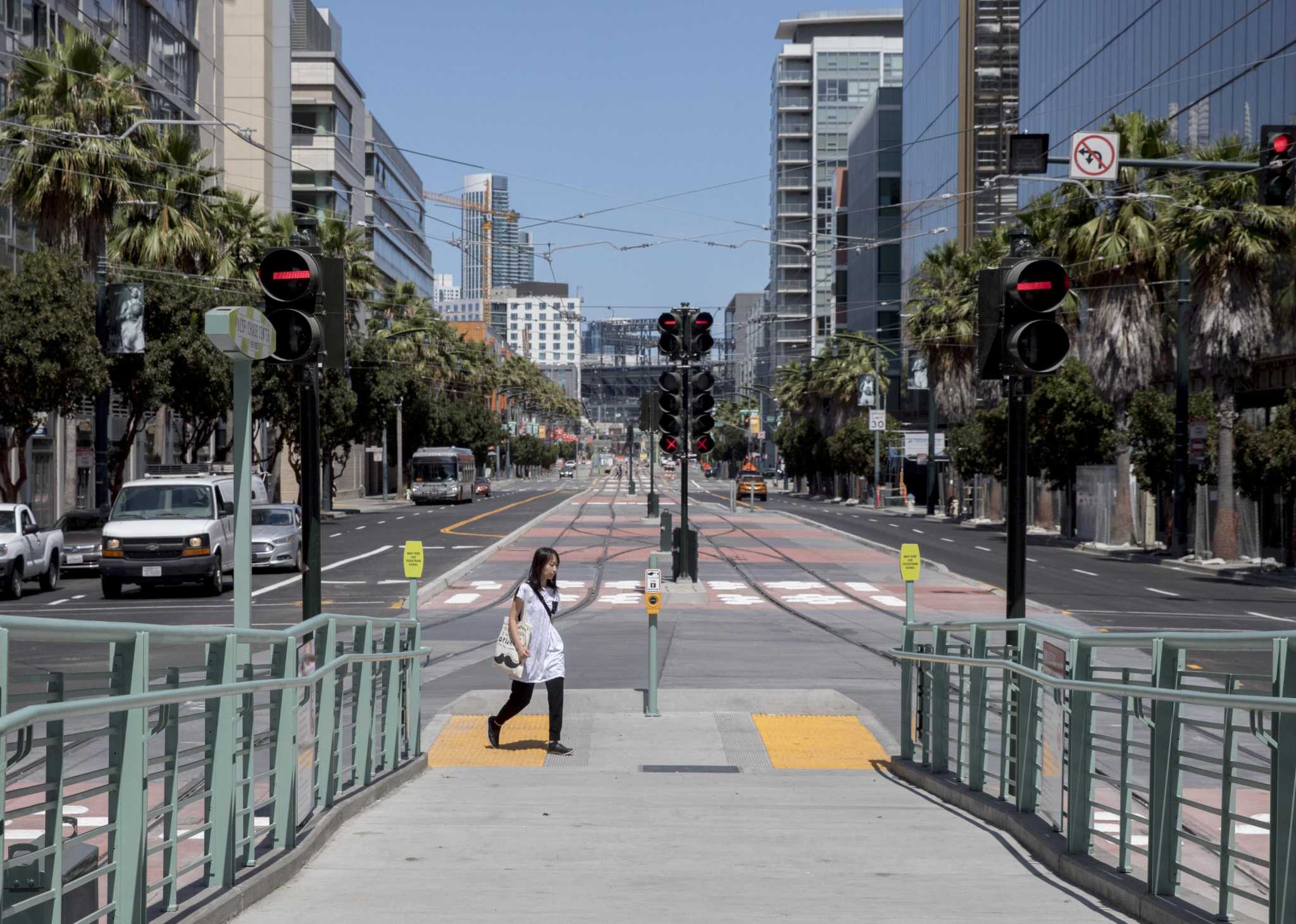 Residents of San Francisco’s Mission Bay neighborhood, where streets are sinking and curbs and sidewalks are cracking, are suing the city for repairs and damages, saying officials made the wrong decision to approve construction above above a weak embankment.

The 303 acres between Interstate 280 and the San Francisco Bay, now home to 6,000 residential units, was part of the bay before it was filled with rocks and dirt in the late 1800s. And when the city ​​approved development in 1998 of the Mission Bay neighborhood, complete with homes, businesses, schools and a hospital, according to the lawsuit, city officials ignored the weakness of the underlying land.

“While the Mission Bay embankment has settled over the years, due to the load of improvements and environmental conditions, and continues to settle, into the clay and mud below, the improvements of the ‘infrastructure sank and continues to sink,’ said attorneys for the plaintiffs, who own a condominium in the neighborhood.

The result, they said, was “inappropriate grades on … ramps and sidewalks, cracks in sidewalks with associated tripping hazards, reconfigured drainage patterns and … unsightly gaps around utility poles and fire hydrants, as well as unsafe curb sizes that impose safety hazards for pedestrians.

Building owners have often been held responsible for repairs to adjacent sidewalks. Asked about Mission Bay last fall, a spokesperson for the San Francisco Department of Public Works told KPIX television that “the city is not going to fix sidewalks on private properties.” But Daniel Rottinghaus, attorney for the plaintiffs in the lawsuit, said on Tuesday the problem is not with the sidewalks but with the location of the development.

“It comes from the fact that these roads, parks, sidewalks were all built on bay fill and the bay fill is sinking,” he said. “The buildings are in the rock and do not move but the adjacent infrastructures are sinking”, more than 18 inches in certain areas.

The lawsuit was filed in Superior Court last month on behalf of the owners of The Radiance, a 99-unit condo with entrances at 330 Mission Bay Blvd. and 325 China Basin St. He is seeking class action status on behalf of all Mission Bay residents who have had to pay taxes or fees for neighborhood construction and repairs since October 2020 and is seeking reimbursement of those charges. payments, as well as compensation for the value of lost property. and related damages.

But Rottinghaus said the main purpose of the case was to get the city to change its building and development practices in Mission Bay so streets, sidewalks and buildings can all stabilize.

Residents “can’t go out in the middle of the street and take polls to find out what’s going on below,” he said. “We’re just trying to get the city to take some responsibility for what’s going on and get them out.”

Jen Kwart, spokeswoman for City Attorney David Chiu, said her office is reviewing the lawsuit “and will respond in court.”

The Pullman Neighborhood is a Time Capsule – Chicago Magazine