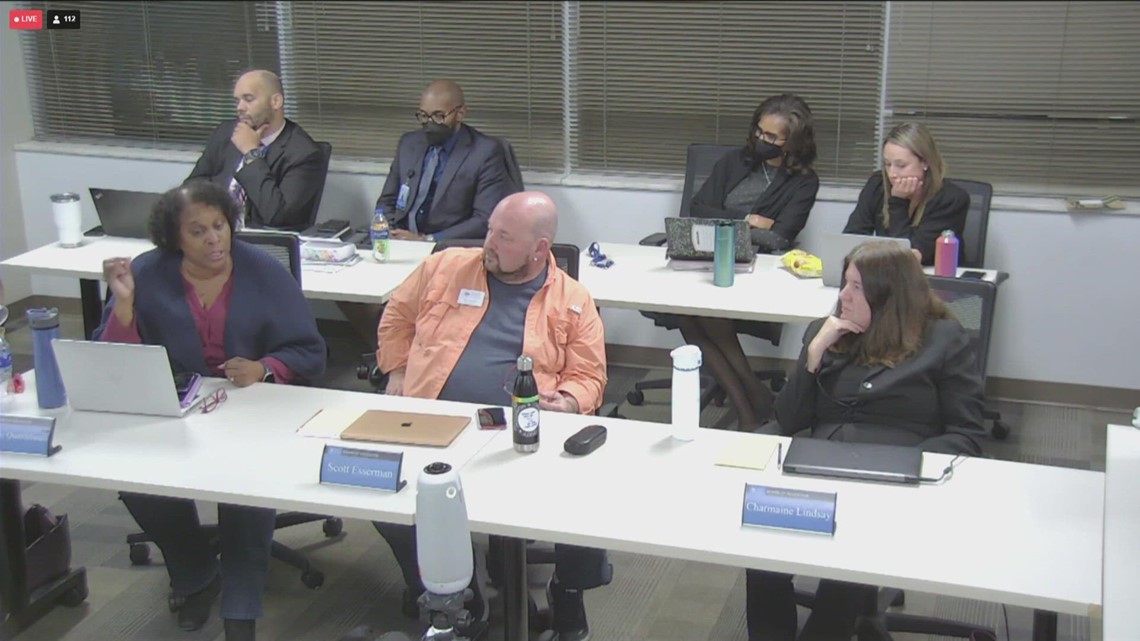 The recommendation to close 10 DPS schools was formally presented to the school board on Thursday evening.

DENVER — The plan to close 10 schools in Denver is now in the hands of the school board. And some school board members are openly skeptical.

The district is trying to address a problem of declining enrollment and last week announced proposed closures of middle and elementary schools.

Thursday evening, the complete plan has been officially presented publicly at a Denver Board of Education business meeting.

“As we all know, the issue of declining enrollment is not a new challenge for DPS,” said DPS Superintendent Dr. Alex Marrero.

“Last year, the council directed the district to reconsider this issue and passed the Small School Resolution. As a result, DPS created the Declining Membership Advisory Committee which reaffirmed the need for the district to consolidate schools.

The district says enrollment is down, reporting declines of more than 6,000 students over the past 5 years. During his presentation, Dr. Marrero points to Denver’s tough housing market, gentrification, and declining birth rates. The DPS expects enrollment to drop by the thousands more in the coming years.

As a result, the neighborhood says he’s lost $61 million a year in taxes that fund schools and expects another $36 million to be lost over the next few years.

The 10 schools on the closing list has less than 215 students. The district provided the following information on the consolidations:

“I’m still trying to figure out how we’re going to get through here,” said Auont’ai Anderson, the council’s vice chairman. “How we can defend our process. Because we asked our communities to do this song and dance, show us that you are worthy, it’s up to us 7 now. Do this and you may be able to save your school.

“When we continue to say that we haven’t, on a variety of topics, had direct conversations with the affected community, until we’ve presented the plan, that’s led by the district. , it’s not community-driven,” board member Scott Esserman said. .

Both Anderson and board member Michelle Quattlebaum said they could not support the current recommendation. Several board members floated the idea of ​​finding a different solution, even suggesting that the board repeal the small schools resolution.

“No one around the table disputes that we have to do something, in terms of an educational experience and we all have a fiduciary responsibility,” Dr. Marrero said.

“In the absence of a resolution, a good team, a good management team is going to bring this to the board. It puts pressure, no doubt, it calls for a quick response. In the absence of that , there would have been some sort of presentation at one point, ‘Okay, we need to size the district right.'”

Thursday’s meeting was just a working session, the final vote on the plan is scheduled for November 17. DPS is holding a special public comment meeting for community members before that, Monday, November 14 to discuss the school consolidation proposal.