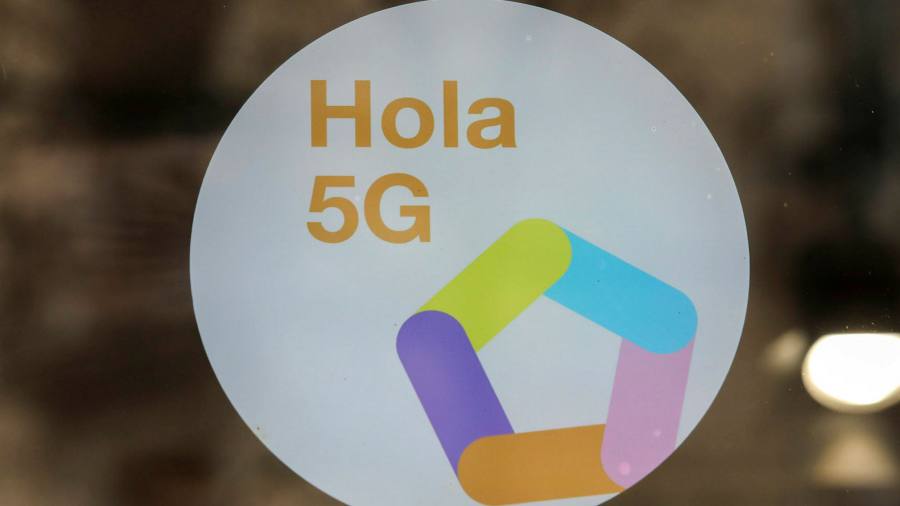 Three is the magic number for European telecom operators, and Spain is leading a new wave of consolidation in the fragmented market.

Orange and MasMovil said on Tuesday they were in exclusive talks to combine their Spanish operations through a €19.6 billion joint venture. If they reach an agreement and the regulators approve, the Spanish players would drop from four to three.

The largest Spanish operator is currently Telefónica, followed by Orange and Vodafone. MasMovil, the fourth-largest operator, was taken private in 2020 after a leveraged buyout by private equity groups KKR, Providence Equity Partners and Cinven.

Anna Gross reports that the news will be seen as a blow to Vodafone, which had also been discussing with parties in Spain possible deals for its Spanish business.

Vodafone chief executive Nick Read has come under pressure from activist investor Cevian Capital to seek more aggressive deals. He identified Spain, Italy and the UK as ripe for a reduction from four to three, and Portugal to drop from three to two operators. Orange said the French market would benefit from a drop from four to three.

The European Commission saw things differently, saying the current level of competition is necessary to keep prices low and give consumers more choice. Operators say they need to increase their yields to justify huge investments in broadband fiber and 5G. They have been selling their tower business to raise more cash lately, but also see consolidation as key.

“The [Spanish] The deal is the first major test of regulators’ appetite for market consolidation since the pandemic,” says Kester Mann of telecoms research firm CCS Insight. “The industry is placing its hopes in a more lenient position as the value of high-quality connectivity has become increasingly evident.”

It cannot, however, rely on the Commission to relax its criteria, with the EU itself making billions of euros available for network upgrades. And any attempt at consolidation can be dragged down through the years by objections from regulators. The industry need only look to efforts to merge Three and O2 in the UK in 2016. An EU block on the deal was only overturned by a European court four years later, date at which the deal was dead anyway.

The Internet of (five) things

1. Google buys a security company
Google is to buy U.S. cybersecurity firm Mandiant for $5.4 billion as it seeks to bolster its cloud computing business, making it the tech giant’s second-biggest acquisition.

2. Disney plans to revamp ESPN
Cable sports network ESPN has been a major profit engine for Walt Disney, thanks to strong subscriber growth, high advertising rates and the peak fees it charges cable companies. But his subscriber numbers have steadily dwindled as audiences have migrated to streaming services and he is now turning to sports betting to boost his income.

3. The “painful” failures of Amazon Web Services
The AWS head tells us recent outages at its cloud service have been “incredibly painful,” but insists its rapid growth wouldn’t cause greater disruption. Its infrastructure suffered two major failures late last year, including an outage in December at its data center in northern Virginia.

#techFT brings you news, commentary and analysis on the big companies, technologies and issues shaping this industry’s fastest movement from specialists based around the world. Click here to get #techFT in your inbox.

5. International Women’s Day: the femtech revolution
Nikkei Asia looked at the different areas of femtech innovation, most involving healthcare. For example, Singaporean company EloCare is developing a wearable product that monitors a woman’s body temperature, blood pressure and other variables to provide “personalized data processing for menopause.” The goal is for users to be able to monitor their hot flashes and other symptoms, then seek medical attention armed with data about their condition, in hopes of receiving a more accurate diagnosis and appropriate treatment.

Apple’s ‘Peek Performance’ event is currently underway and the first hardware announcement is that the iPhone 13 is now available in two new shades of green! Yes, try to contain your excitement. Next, the new iPhone SE is more interesting, the most affordable iPhone will now have the faster A15 Bionic chip from the iPhone 13. It will be available in three colors – Midnight, Starlight and [Product] Red – from $429. The 4.7-inch Retina display is protected by tougher glass, there’s 5G connectivity and the A15 processor means better battery life and computational photography to enhance the 12MP camera. More on the event in Wednesday’s #techFT.

Newsletters recommended for you