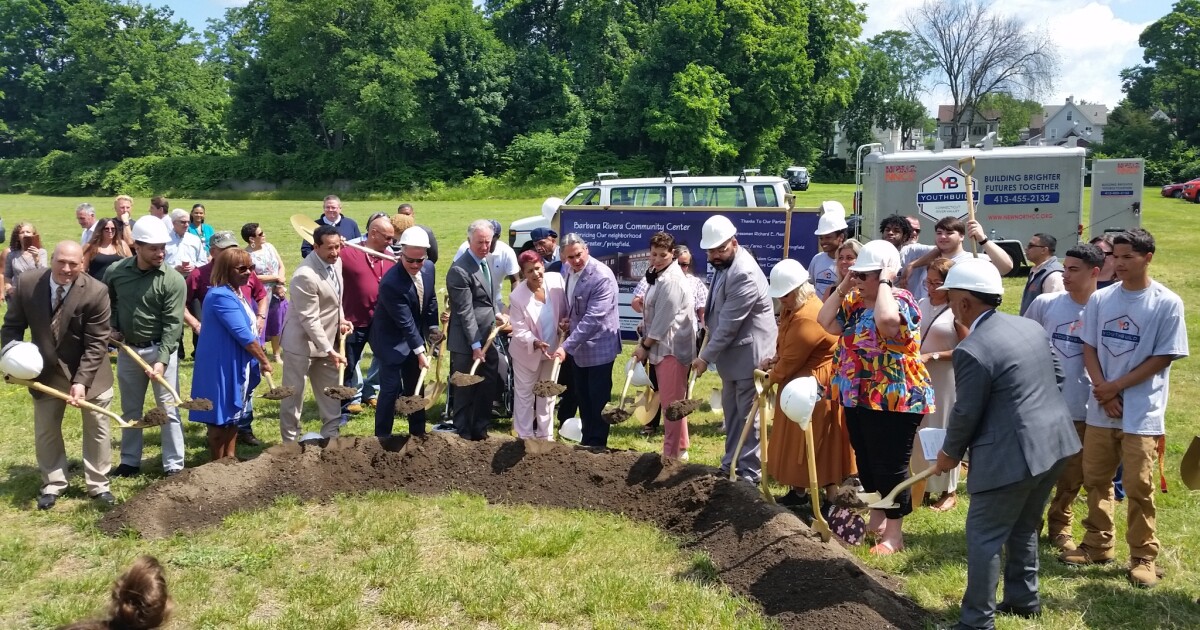 A neighborhood in Springfield, Massachusetts, has longed for a community center for decades. Now it’s just over a year.

The groundbreaking ceremony in the North End neighborhood on Monday for the $15 million project led by the New North Citizens Council drew more than 100 people.

In addition to meeting rooms, the new center will have a full gymnasium, a medical clinic and will be the headquarters of the New North Citizens Council, which is both a civic association and a social service agency for the Hispanic population. growing in the region. This will put all programs including housing, violence prevention, food security and youth mentoring under one roof, said Maria Ligus, executive director of New North.

“A one-stop shop – it will be a hub of activity,” Ligus said. “We’re pretty excited.”

A combination of public and private funds is financing the project.

Massachusetts Congressman Richard Neal said he urged New North to apply for money from the American Rescue Plan Act and the city of Springfield has pledged to give the project $2.5 million. dollars from its ARPA fund allocation.

“It was the professionalism of advocacy,” Neal explained. “We got together and they said can you see what you can do to use some of the federal money to build this neighborhood center and that’s exactly what we’re going to do.”

The Massachusetts Legislature approved a $1 million bond for the project.

During the inauguration of the works, Dennis Duquette, president of the MassMutual Foundation, announced a contribution of 1.5 million dollars.

The new center is named after Barbara Rivera, the late community activist who served as New North’s executive director for many years. His three daughters took part in the inauguration of the works. Janet Rodriquez Denny said it was a happy day for the family.

The center is moving up onto a large vacant lot on Chestnut Street where Chestnut Junior High School once stood. It was badly damaged by fire and demolished in 2014. The city sold the land to New North for $150,000.

Springfield Mayor Domenic Sarno said the new center will be a huge asset to the North End.

The target date for the opening of the building is September 2023. It would coincide with the 50e anniversary of the founding of the New North Citizens Council.