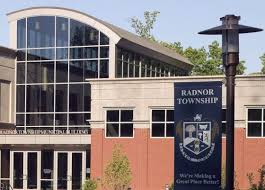 RADNOR – Some proposed zoning changes in a district of Radnor are being scrutinized by some residents.

In September, members of the Radnor Council of Commissioners unanimously supported the introduction of a zoning ordinance change in the Garrett Hill section of the Township of Radnor.

One of the changes would be to standardize the height limit on Garrett Avenue to 35 feet. Under current zoning, approximately 19 homes on the south side of Garrett Avenue are limited to a height of 30 feet.

â€œI believe this is the only residential area in the township where residential homes are limited to 30 feet,â€ Farhy wrote in an email to residents. â€œThese owners have been illegally zoned without their input or approval. This localized zoning has caused what I believe to be unintentional institutional racism. Take one of the highest minority owned streets in Radnor, limit their height which hurts property values, and unfortunately you have it. The Garrett Hill Coalition wanted to create â€œaffordable housingâ€ at someone else’s expense, but not in their house or on their street. We must right this wrong. “

A second change to the zoning would be to allow a limited number of outdoor commercial meals. Currently, eating out is prohibited under existing zoning. Last year, the township relaxed its al fresco dining amid pandemic lockdowns from government orders.

But the relaxed rules for alfresco dining will end in November.

Longtime resident Sara Pilling said the zoning that limited homes to 30 feet was because original builders had to consider several factors.

One factor was how much money they had, and the second was that they built according to their needs – how many bedrooms or closets they needed.

â€œIt was very, very basic,â€ Pilling said. â€œI just think it’s important that people know the history of its construction. It is not institutional racism.

Often when the initial zoning codes were put in place, townships usually looked at what was already in place.

Another resident said parking is very limited in the area and his estimate is that the new outdoor dining area could create a need for an additional 20 or more spaces in the area.

Kevin Kochanski, director of community development at Radnor, said the issue of parking was raised when the ordinance was discussed at the Radnor planning committee meeting, but it was determined that meals outdoors would be a convenience “on foot” and not a destination that people would drive to.

“The planning committee ultimately voted in favor of this, I think, in large part due to the position of several members that it would be more open friendship than conduct to friendship,” Kochanski said.

Farhy said he believes getting rid of some barriers in the existing zoning will help parking in the area.

â€œI firmly believe that we need to support our business district – support the businesses that support the township and the community,â€ said Farhy. “I think we’ve tried layering, we’ve tried it for over 10 years, and I just don’t see the benefit.”

The proposed ordinance is expected to be voted on by the board of directors at the Oct. 18 meeting of Radnor’s board of commissioners.