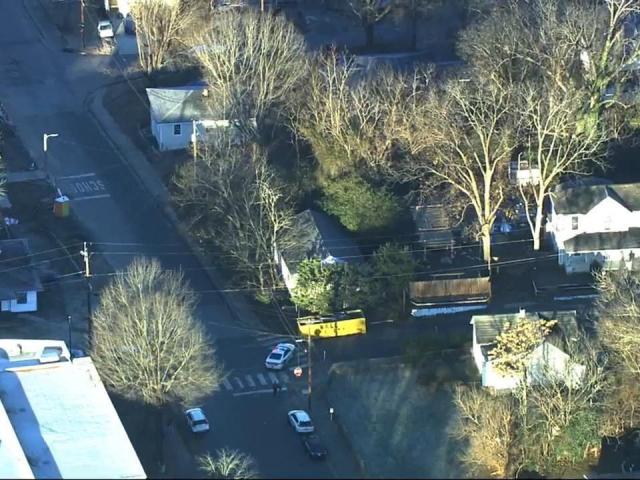 Durham, North Carolina – Durham Police report six young people, mostly under the age of 18, were gunned down early Monday morning before their car crashed into a utility pole in a neighborhood in Durham. Two were killed.

Durham Police Department officers responded to the intersection of Mathison Street and Eugene Street, a residential area near McDougald Terrace, at around 3 a.m.

Chief Patrice Andrews said two young men, including a 19-year-old, died at the scene. Police are trying to identify the second man. Four others, three women and a man, were taken to hospital. At least one is in critical condition.

There were several ambulances at the scene during the investigation, which lasted for hours, and the street was still blocked at 8 a.m.

Since the crime scene is active, nearby Burton Elementary School will be on distance learning Monday, the police chief said.

Elaine O’Neal, who was sworn in last week as Durham’s first black female mayor, has been briefed on the situation, police said. O’Neal and Andrews both face significant challenges as city leaders tackle gun violence. There have been three incidents on the streets of Southpoint in the past two months in addition to shootings across town.

According to the Durham Police Department, the number of shootings has declined since last year, but deadly shootings have increased. At a city council meeting last week, Andrews shared his thoughts on this, saying, â€œA lot of our shooting incidentsâ€¦ involve multiple shots. There is almost a more violent element to the shooting. That we have.”

O’Neal said she plans to tackle the city’s affordable housing crisis, as much of the violence is linked to poverty and affordability.