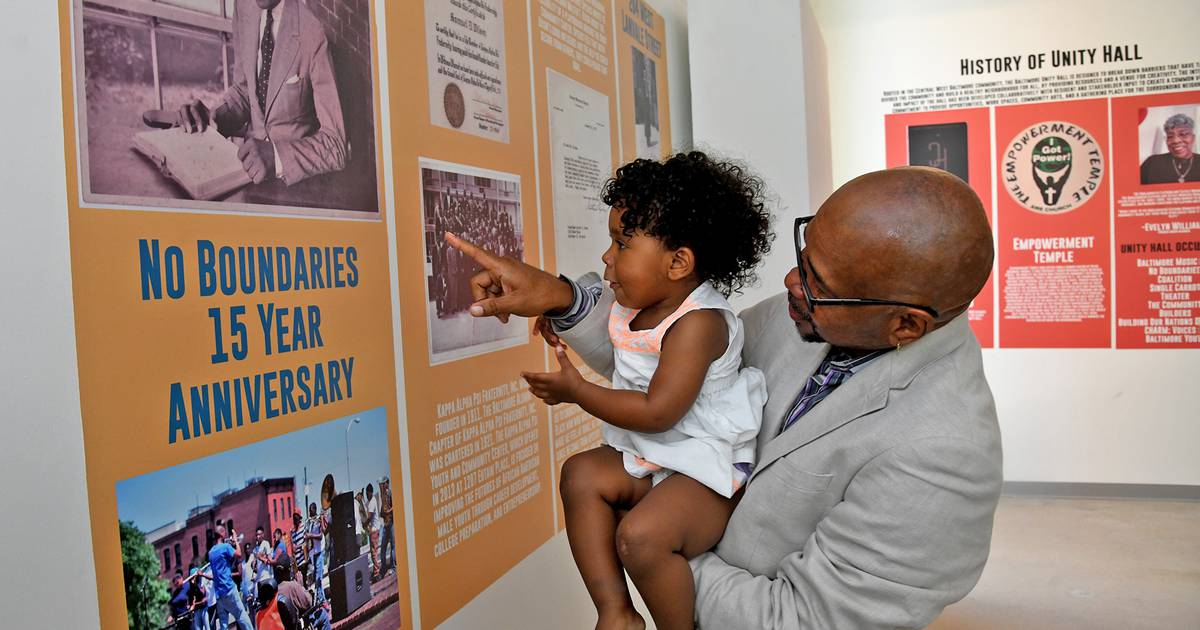 On the way to the recent ribbon cutting for the $9.7 million Unity Hall, I noticed how a nearby neighborhood street, Lanvale, simply ends at Eutaw Place, then resumes a bit later in West Baltimore . The cul-de-sac of the street and a garden built there say: “Don’t even try to enter.

The story of this street closure tells the story of the racial divisions that have plagued neighborhoods across the city for decades.

There is hope – the opening of Unity Hall highlights what could happen in Baltimore. Neighborhoods separated by years of division now recognize and talk to each other. It took time.

Unity Hall, built on the site of the demolished Phoenix Club, home to Baltimore’s elite Jewish medical professionals and merchants, is housed in a former 1964 Amalgamated Clothing & Textile Workers Union location. It has been completely renovated and is open to artistic and neighborhood groups.

Nancy Hooff, owner of Somerset Development, the firm that spearheaded Unity Hall’s arrival, has characterized Eutaw Place as ‘a brilliant segregation line’ in the past.

“And that segregation still shows up,” she added.

Located at 1205 Eutaw Place, the venue is something of a new arrival (despite the building being 58 years old) in an area of ​​grand mansions highlighted by a boulevard with cast-iron fountains and monuments.

The room is located on a race divide. Bolton Hill is to the east and Marble Hill, Upton and Druid Heights are to the west.

It reveals the history of housing segregation, the leaders and institutions of the civil rights movement. The presentation is the work of local black historian Philip J. Merrill and his African-American heritage consultancy Nanny Jack & Co. LLC (named after his great-grandmother who was a midwife, Gertrude Jackson). It was underwritten by Bolton Hill Memorial Episcopal Church.

Merrill lived as a child in Sandtown and graduated from Baltimore Friends School and Loyola University Maryland. He listened to local history stories from his grandmother and friends. Armed with his engaging personality, he heard the stories that didn’t go into print.

“Baltimore has enough history to occupy us for ten lifetimes,” said Merrill, an expert on Baltimore’s segregated past.

Merrill learned from others. The late Thomas Ward, a former city council member who lived on Linden Avenue in the 1950s and 1960s, saw his neighborhood torn apart by racism and urban renewal. Ward unsuccessfully fought urban renewal and saw his own 19th century house condemned and demolished and replaced by 1960s-1970s garden-style houses.

Merrill created a series of storyboards and tied them to specific streets. A searcher for historical records and lost artifacts, he found a matchbook from the old Phoenix Club, one of the structures bulldozed along Eutaw Place to create Unity Hall.

It shows how the Mount Royal Protective Association, founded in 1928, promoted ‘white occupation’ for much of what we call Bolton and Reservoir Hill. The strategy created a core of separate blocks which, in conjunction with city planners, created the network of dead-end streets, like Lanvale.

Get the latest news as it happens and find out about other must-see content with our free news alerts.

His research on Dolphin Street, where the NAACP’s Baltimore office was located, recounts how an East Baltimore black pastor, Reverend Edmund Meade, sought the organization’s help when he tried to buy a Barclay Street house in 1937. White Neighbors hired solicitor William L. Marbury, a stalwart of the Mount Royal Protective Association, to block the sale.

Merrill also focuses on neighborhood activists, including Walter Thomas Dixon, who was elected to the Baltimore City Council in 1955 after 25 years without any black people serving on that body. Dixon, co-founder of the Cortez W. Peters Business School, which has trained dozens of African Americans in typing and business skills, worked alongside his white political mentor and boss Jack Pollack.

The hall is part of a contiguous campus of structures that Somerset Development has adopted. These include the former Memorial Flats, the seniors’ residence now known as Linden Green.

Hooff, co-owner of Somerset Development with her life and business partner, Jim Campbell, said she wanted to do the right thing when she arrived in Baltimore and found the old memorial apartments in need of assistance.

The hall has a mission statement. He says it is “intended to break down the barriers that have traditionally divided the community and build a healthy and safe neighborhood for all, providing resources and a place for creativity.”

It will offer “below market rents” to nonprofits and community organizations for office and program space for meetings, events, training sessions or community gatherings.

“We put together this exhibition – I thought it was a divisive move towards unity, but in reality we, the former Mount Royal Protective Association and Memorial Church, were actively engaged in division,” the official said. Reverend Gray Maggiano, Rector of Memorial. Episcopal Church. “Bolton Hill isn’t what it was then, but the racism still creeps in. Having Unity Hall as a gathering place makes the future much brighter.